RP96 SP95 ST95
Be the first to review this product

4 items or less in stock. We will confirm your order by email.

"Full ruby-red. Explosive, superripe aromas of black raspberry, currant, graphite and tobacco leaf. Outsized, opulent and generous; this big boy saturates the entire mouth. There’s an almost exotic character to the plum and cedar flavors. Spreads out impressively on the back end, coating the palate with ripe tannins. The 2006 is at once finer and more powerful, with more noble tannins, but this is more opulent." (95 pts.)

"The 2005 Mouton Rothschild will have to take a back seat to the prodigious 2006, but administrator Philippe Dalhuin deserves considerable credit for pushing Mouton to higher quality levels over recent years. A blend of 85% Cabernet Sauvignon and the rest mostly Merlot, the dark purple-hued 2005 exhibits a restrained but promising nose of cedar, tobacco leaf, creme de cassis, and toasty oak. Full-bodied, tannic, and extremely backward, with the vintage’s tell-tale acidity, it appears to be even more closed in the bottle than it was from barrel. It does possess a long finish and multilayered mouthfeel. This is an undeniably outstanding, yet restrained, shy wine for a Mouton Rothschild. Anticipated maturity: 2018–2040+" (96 pts.)

"Dark purple black in color. Complex aromas of mineral, licorice, lead pencil and blackberry follow through to a full body, with ultrafine tannins and a caressing, pretty finish. Has a lovely texture. Shows elegance and refinement. Best after 2012." (95 pts.)

"The 2005 Mouton-Rothschild has developed magnificently, and is even better than I remember. The final blend was 85% Cabernet Sauvignon, 14% Merlot and 1% Cabernet Franc. Stunning notes of crème de cassis, melted asphalt, roasted espresso and cedarwood are present in this young, full-bodied, powerful, concentrated Mouton. Just beginning to enter its adolescence, it should hit full maturity in 10–15 years and last for 50 or more. The greatness of this vintage is increasingly apparent as the wines throw off their cloaks of tannin." (99+ pts.)

Bordeaux is known the world over for its exceptional wines, particularly red blends made with Cabernet Sauvignon and Merlot grapes, among others. These Cabernets aren't typically the full-bodied Cabs you get from California, but rather medium-bodied wines that emanate elegance and sophistication.

The French did not invent winemaking. They simply perfected it. For centuries, France has been producing wines that inspire poetry, awe, and wonder; wines that blur the lines between nature, craftsmanship, cuisine and art. These are the wines that inspired cultures around the globe to follow in France’s footsteps, planting Cabernet Sauvignon, Pinot Noir, Chardonnay, Sauvignon Blanc, Syrah, Grenache, Merlot, Semillon and more.

Yet as often as they are emulated, the magic of their terroirs can never be duplicated. You may taste Cabernet from around the world, but perhaps none as elegant and regal as Bordeaux. You may try Pinot Noir or Chardonnay from various climates, but none with the earth-bound soul and ethereal reach of Burgundy. 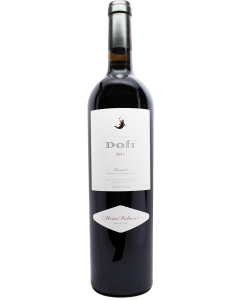