RP89
Be the first to review this product

9 items or less in stock. We will confirm your order by email.

"The 2015 Riesling trocken Rotschiefer (aka Red Slate) is very aromatic on first nose, but becomes more and more subtle, fresh and slate-like with aeration. This is a light, but round and charming Riesling with a lush and juicy fruit; it has delicate structure and a nice grip from the one year sur lie aging in 3,000-liter barrels. The finish is long, aromatic and very well structured. The grapes for this wine are sourced from the top sites: Ürziger Würzgarten, Kinheimer Rosenberg and the Lösnicher Försterlay, and a few lesser sites that are all based on red slate soils." (89 pts.)

The German wine region, Mosel (or Mosel-Saar-Ruwer), produces some of the most beautiful white wines in the world, particularly Rieslings. The cool climate and Devonian slate soils in this region are said to lend to the unique character of Mosel Rieslings, with their floral nose and distinct minerality.

The German wine-making tradition is long and illustrious, dating back to as early as AD 800. And for a country just slightly smaller than Montana, Germany produces and consumes a great deal of wine (it's the seventh-largest producer and sixth-highest consumer).

Germany is situated at the most northerly latitude at which grapes can ripen; the winters are cold and the growing season short, all of which, incidentally, are nearly identical to the Finger Lakes Region of New York. Most of its wine regions are situated in central and southwestern Germany. The most significant are the Rheingau, Rheinhessen, Rheinpfalz, Mosel-Saar-Ruwer, Nahe, Franken and Baden.

The Riesling grape is king in Germany, even though it represents only 20% of total plantings: Müller-Thurgau (a Riesling-silvaner cross) has the most, followed by the red grapes Spätburgunder (Pinot Noir) and Dornfelder. In good years and in the care of master winemakers, Riesling makes one of the greatest white wines in the world, with a perfect balance of sugar and acid, exquisite fruit and fragrance and with considerable potential for aging. 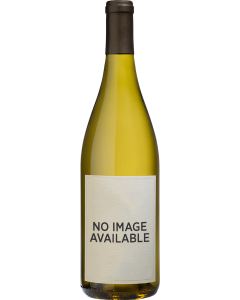