WE96 WHA89
Be the first to review this product

Due to state liquor laws, we're unable to ship spirits (with the exception of local delivery options near our store location). We regret this inconvenience.

Find Similar Items
Skip to the end of the images gallery

"The 2017 limited-edition release of this Bourbon-rye blend, all a minimum of 10 years old, perfectly balances sweetness and spice. Rich caramel and brown sugar lead on the nose and palate, finishing with clove, nutmeg and cinnamon sizzle, plus a hint of orange peel." (96 pts.)

"Straight bourbon and rye whiskeys aged from 10 to 14 years, this nicely balances its dry oak, almost cedary, aromas with bourbon sweetness and a rye finish. The initial hit of orange peel, caramel, and vanilla flan yields to a spicy finish of lemon zest, peppercorns, and ginger." (92 pts.)

"Back on the market again, but with a tweaked formula (a blend of 9 year old bourbon with 10 and 16 year old rye whiskeys). This Bourye sports a rye freshness, crispness, and zing. Notes of cinnamon and mint are balanced by caramel, vanilla, and bright glazed fruit, with a lingering honey-rye finish. It leans more toward a rye whiskey than a bourbon in flavor profile. Sourced whiskey." (89 pts.)

Where It's From
More Information
Reviews
Write Your Own Review
Only registered users can write reviews. Please Sign in or create an account
Related Products
Customers Who Bought This Also Bought 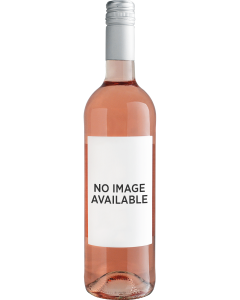